In the year 1233, a woman by the name of Adelaide Brandt du Falke became so enraged in a heated argument with her sister that she was heard to declare, “Fuck you, ya NPC cunt! Your entire reality exists solely on a thumb drive! You’re not even connected to the internet, bitch! I could crush your whole world and you’d have nowhere to go!”

However, she screamed this in perfect modern English (circa 2019), and so no one understood a thing she said, not that they would have even if they had been fluent in modern English in 1233. Instead, the outburst convinced her neighbors that she was possessed of evil spirits. She was subsequently locked away in the local church basement, in a sort of make-shift dungeon as the priests took turns reading exorcism rites at her. She remained in the dungeon for three days, when, after several failed escape attempts, she declared, again in perfect modern 21st-century English, “Boring! I’m out, ya medieval mud-suckers. Have fun sticking berries up your butts!” and then bashed her own head off of a jagged rock sticking out of her cell’s wall, successfully ending her life as Adelaide Brandt du Falke. 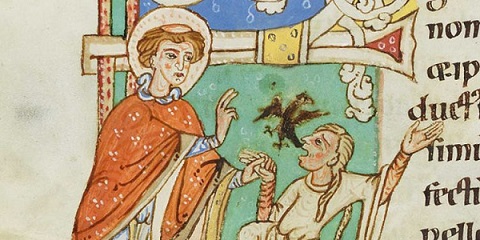 Similar outbursts were reported in locations across the globe, from the earliest Viking settlements in what is now North America to the Jin Dynasty in China, but since they were so scattered and diffused across many cultures, countries, and continents, and communications between these peoples was essentially non-existent, no one ever thought to document how strange it was that these seemingly isolated moments of madness actually had quite a bit in common. They usually stemmed from extreme frustration and resulted in an outburst that made use of terminology as exotic and as-yet-unheard as “Suck it,” “Bite me,” and “I’m gonna wipe your ass from my hard-drive!” which upon deeper consideration was a rather unfortunate choice of words.

As technology in this world continued to evolve, and methods of communication became more advanced, outbursts of this peculiar nature became fewer and fewer, with the last officially recorded quantum tantrum™ (trademark) having been thrown by one Chester H. Lansing, who was heard to shout “Leeeeeroyyyy Jenkins!” before charging into a wave of Lakota and Cheyenne Warriors at the Battle of Little Big Horn in 1876. 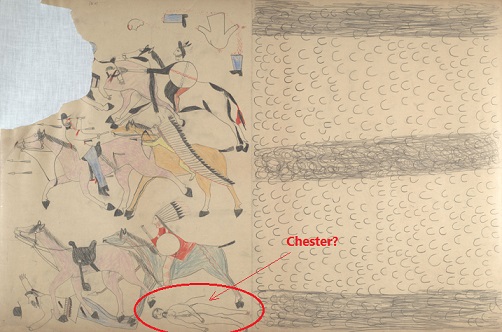 Drawing of the Battle of Little Big Horn by Lakota-Sioux Warrior Red Horse that may depict the demise of Chester H. Lansing

While the final public statements of these seemingly isolated individuals over the course of human history no doubt seemed peculiar to persons in those time periods, looking back from the perspective of the early 21st century, we may begin to detect a suspicious similarity. Indeed, people who lose their shit and commit some seemingly senseless and random act of self-destruction in our own time may scream some sort of phrasings that, to us, are utterly indecipherable, but in 100, 200 years time… who knows?

I would write more on this topic, but I am at work at the moment, and I need to get back to designing my company’s new upcoming VR gaming series, Florida Man from the 8th Dimension.